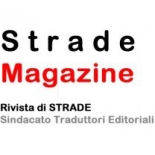 When you were first writing Girlchild did it ever cross your mind that one day those words would have been written and read also in other languages?

When I was first writing Girlchild, I could barely imagine it existing for an English audience! The idea that my words might have a more global audience remains a happy surprise. I underestimated the value the story of a poor American girl might hold for other cultures.

In how many languages has the book been translated so far? Can you read any of them?

Girlchild is out in China and now in Italy. It is due out in France as well. I have a very clumsy Spanish, a language that I love, but that is my only other language. I am embarrassed to say this, especially to an audience of language masters!

I wrote to you quite often with loads of queries and doubts. Have you had a similar relationship with the other translators?

The only translation already in print is the Chinese translation and I never heard from the translator. This is a wonder to me. If I were a translator, and I don’t think I’m courageous enough to do this job, I would ask a million questions. It is frightful to me to assume understanding even in regular life, even with something as simple as picking up groceries, I’m always afraid of a lack of clarity. I cannot imagine the pressure when handling another artist’s work.

Have you ever feared that something might be irretrievably lost in translation, Girlchild being – in some respects – quite culture-specific?

Something is always lost in translation, that’s how communication works. By the time an idea escapes my mouth it isn’t exactly how it appeared in my head, the same if I write it down. And that’s just between me and me. By the time we add someone else to the equation and they hear or read my idea, that idea is, we might say, “translated,” again, via that listener’s or reader’s own paradigms. Adding another language is just another step in this chain that is either connecting or distancing the creator and the beholder, depending on how we look at it. I’m not so much afraid of what readers will lose as I am interested in what they are bringing to the table. There’s no “right” way to understand a piece of art. There’s no “right” way to understand Girlchild. Rory Dawn exists in a unique way for each reader and I’m very happy with that. To my mind, art is a participatory adventure, not a spectator sport.

If you could choose a particular approach for Girlchild, would you rather have the translator adapt “untranslatable” things (like puns, reflections on the English language and obscure or trivial cultural references) to the target language or would you prefer him/her to explain what’s going on in the original text with a footnote?

This is the trick, right? I couldn’t choose without knowing the translator’s style and sensibility intimately. Thank goodness I don’t have to choose! This reminds me of the adventure surrounding Girlchild‘s audiobook. I had the opportunity to choose an actor to read the book and I felt very conflicted about handing over interpretation of the work to a stranger. In the end, I read the story myself. I do not know if this was the right choice but having someone else read it felt like I was handing them a highlighter and saying, “Here, emphasize whatever you’d like.” I’m happy to trust the translator’s sense of his or her art and process. I only wish I could know how it all comes across in the end. I must learn more languages!

In grad school, I was lucky enough to work with Edith Grossman. What a genius. I feel like she could solve the Sunday crossword and save the world before she finishes her coffee. I see all translators through the Grossman genius lens now. Sadly, though, I’m going to guess that most translators are in the same economic literary ghetto that most writers are: esteemed by our colleagues but largely invisible otherwise and usually with pay checks to match.

What’s your relationship with translated texts as a reader and what are the foreign authors/books that have most influenced your writing?

Until I met Grossman, I read what we all read, you know, Dostoyevsky, Garcia Marquez, and Kundera, books we find as youngsters, probably before our understanding of translation is even born. Since then I’ve added Alvaro Mutis and Julian Rios to my list of favored non-English writers. I realize this is a short and probably obvious list. I have a much better understanding now of how Western, that is English, imperialism continues in literary media.